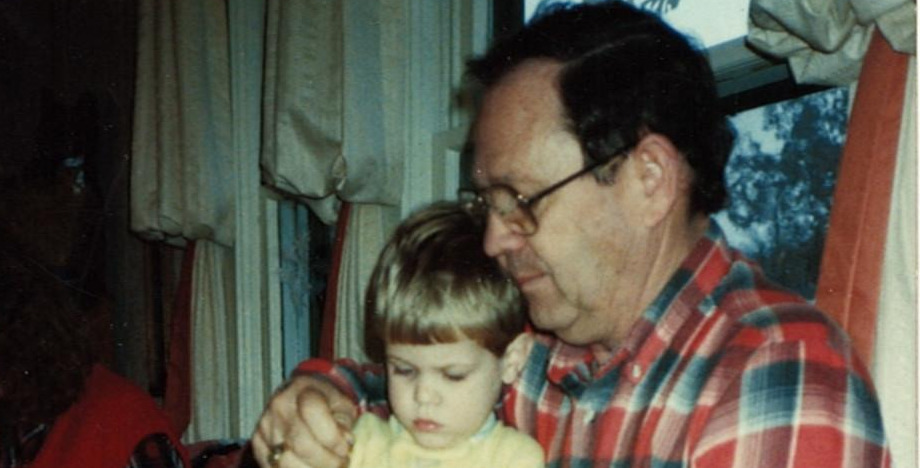 First came mankind, and then came death. These two have been acquainted with one another since Adam and Eve. And since then they’ve been bitter enemies. But because, in that same garden on top of a mountain where man invited death in, God delivered to mankind an amazing promise, and in this promise He promised that the heirs of the promise would be granted victories over death. I say victories because there’s more than one.

Now, battles aren’t fought sitting down and true victories aren’t won without the Lord’s hand in all of it. The story of Don Smith is a story of God in action right from the beginning and all through to the very end.

It all began when Don Gray Smith was born to James Wendell and Vestal Opal Gray Smith on December 23rd 1934 in Bonham Texas.

Don, the oldest of 5, was brought up in a Christian household where his mother never missed Sunday school. Christ says “Verily, verily, I say unto you, He that heareth my word, and believeth on him that sent me, hath everlasting life, and shall not come into condemnation; but is passed from death unto life.” (John 5:24) Don professed Jesus as his savior as just a boy and, here, at least, we can start tallying victories.

From an early age Don learned to be a hard worker, working for his dad who was a plumber. Every day after school he’d come home and he’d work at the plumbing company, and then even after he graduated highschool and had his own job he’d come home weekends and work for his dad.

Pepa always said it was because of this that he thought his middle name was “Go Dig.” He’d get home from school and his dad would say, “Don, go dig.” Needless to say, God had plans for Don Smith that required a special sort of diligence and grit that only digging lots of ditches can bring.

Now, I wasn’t around in 1934 so I don’t know much about all that happened then, but there’s one thing certain, by about 1954 Pepa had grown into a handsome-smart-alec ditch-digger and somehow that didn’t manage to scare off one certain girl: Fern Louise Lewis of Lubbock Texas. The only way to account for this is because God knew that Fern Lewis was exactly the woman that Don needed for what He had planned.

The story goes that Don’s daddy got him a warehouse job at the plumbing supplier in Lubbock, the one that Fern worked at as the secretary to the President and Vice President of the company. First sparks came on the day that Fern was given the assignment to update the company’s address book. In comes Don, to the water fountain, and when Fern asked for his information he said “You just want my number so you can call me.” And Fern said “There are some people who are conceited, and then there’s Don Smith.”  Naturally, Don and Fern were married on February 12th 1955. It’s one sort of victory for a man to win a good woman for a wife. We can add that to our tally. But beyond that there’s another type of victory in marriage, the type that is only gained through sharing years of labor and which is bought over decades of dogged faithfulness. Don and Fern were married one month and one day shy of 68 years. Here we see a mighty act of God for “Except the Lord build the house, they labor in vain that build it.” (Ps 127:)

Before she met Don, Fern had felt that she was called to marry a preacher. Well Don Smith sure wasn’t a preacher. I guess Don was charming enough and handsome enough and hard working enough that it could have been quite good enough for Fern that he wasn’t a preacher. But God was at work. In 1966, Don Smith, the plumber, electrician, television and radio repair-man, now Sunday school director at 1st Baptist Church in Silver City, and now father to a 9 year old Carrie Francis, at 32 years of age, surrendered himself to preach the Gospel.

The next years were filled with schooling and preaching. Coming from Eastern New Mexico University in Portales, God in action again, provided him and Fern both jobs in a matter of days in Fort Worth, Texas where Don began seminary training at the Baptist Seminary. In 1975 Don graduated with his Masters in Religious Education from Southwestern Baptist Theological Seminary.

By all accounts, Don Smith was a Good pastor. If you knew him for a moment you knew that he loved people, and most people that met him couldn’t help but love him too. He was endearing and personable, and always a smart-alec. On entering a room he was known to raise his hands and say “Don’t shoot! I’ll marry the whole family.” Or introduce himself by saying, “My name is Jose Kue Personavich”. And there was his penchant for trying to give people money, something he got from his dad. We all know pastoring doesn’t pay all that much, but it was a good likelihood that on parting he would try to give you a few bucks and if you were having lunch out with him you were almost sure you’d hurt his feelings if you didn’t let him pay the check. These are just a few of many simple ways that he was able to show that it was a small thing for him to sacrifice himself for you.

The great mission of pastoring is to bring life out of death. Light out of darkness. To make alive! As a preacher Don Smith joyfully dedicated his life to this calling. I don’t know how many souls were saved through his preaching, or how many baptisms he did. But I know that Don Smith faithfully preached to, baptized, married, and laid to rest every soul God entrusted to him and even today bright glints of that legacy shine out in multitudes of lives.

Victory through discipleship is a victory that multiplies generationally. It’s a victory that extends beyond the grave to a thousand generations by God’s promise. While we could never understand the full sense of the impact of God’s work through Don on the generations to come, in our midst right now are great testimonies of Don Smith’s pastoral faithfulness which easily spans backwards more than 50 years from when he first surrendered to preach to his final earthly wedding. Among countless others, Don Smith married Pat and Carry Hurd on January 6th 1979 and then on May 29th 2021 he conducted his last wedding, the marriage of his Grandson, Patrick Hurd to his wife Maci. And in this we can begin to get a tangible sense of what God was up to with Don Smith. Folks that Don married decades ago give a lot of the credit for their faithful marriage to Don Smith and to the marriage counsel he gave. And at the very least, in the form of grandchildren and great-grandchildren the undeniable hand of God can be seen.

Don Smith went to be with the Lord on January 11th, 2023. He is survived by his wife Fern Smith, now 90 years old and who plans to live to at least 100, and by his sisters Elloise and Jesse. His daughter Carrie, 11 grandchildren, 19 great-grandchildren (not to mention 3 more on the way).

But “survived by” is such a strange turn of phrase to apply to the company of people who’ve been given so much life by God in action through the life of Don Smith. For friends and family who know God’s promises, we can be sure God is in action in our lives, and we have been given the same manner of calling as Don. That is, the calling to be fruitful and multiply and to make disciples. The calling to garden, cultivate, and to make alive in this world.

Christ came that we might have abundant life. Don Smith wasn’t a shadow walking through an evil world. He was the servant of the Lord, wearing bright armor, prepared and equipped for every good work, and what he did mattered and it made a difference, it abounded.

The life of Don Smith produced a net increase in the world, he left behind much much more than he came into this world with and much much more than he took out! Oh how the recipients of the gifts poured out by the Lord through him have been abundantly blessed, strengthened and nourished. This fact is manifest to some of us by the simple fact that we’re even alive, it’s demonstrated to others because you’re here and you’re saved, married or baptized, all indelible marks of Don’s earthly service. In the end though, we know it because as we say good-by to Don we feel the grief brought by the sting of death: the loss of fellowship with someone we love. The absence of a husband, a father, a good friend.

Death is an enemy. It has a sting. Death brings grief, this loss of fellowship. But we’re called to a grief that has no sorrow, and we’re called to sadness that is blessed and without bitterness. It’s the kind of sadness that you have when saying good-bye at the airport. We will miss Don, but we will see him again. We can be sure of this because we know a great mystery. The secret’s out, death isn’t the end. We shall not all sleep, but we shall be changed, in a moment at the last trumpet and the dead shall be raised incorruptible and we shall be changed.

Death is an enemy that we are besieging and those older than us are further up the ladder ready to go over the top of the wall. Don Smith is over the wall, across the river and with Christ in perfect fellowship forever more. He’s heard the words “Well done, good and faithful servant; you have been faithful over a few things, I will make you ruler over many things: enter thou into the joy of thy lord.” The secret is that in Christ, death is the beginning of true life, life in Christ.

O death, where is your sting? O grave, where is your victory?
The sting of death is sin; and the strength of sin is the law.
But thanks be to God, which gives us the victory through our Lord Jesus Christ.
Therefore, my beloved brethren, be steadfast, unmoveable, always abounding in the work of the Lord, forasmuch as you know that, your labour is not in vain in the Lord.

And so we say rest in paradise, Pepa. We’ll look at you when we see the whites of your eyes.

[Acknowledgements: I have nothing of my own and imitation is the highest form of flattery. Among others I don’t even realize, my thanks to Doug Wilson for two wonderfully hopeful and helpful analogies: the airport and besieging death. ]